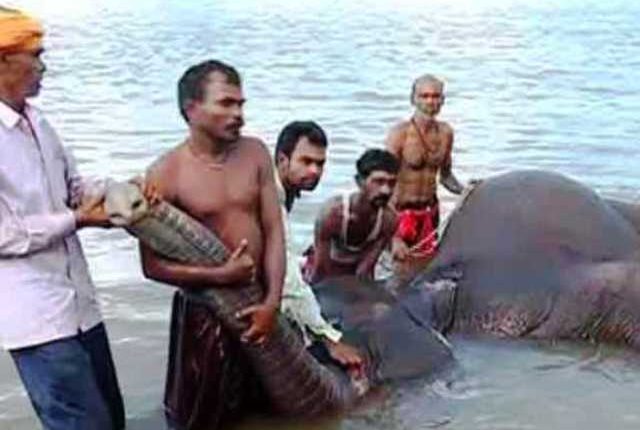 Cuttack: An elephant carcass was found floating in Mahanadi river at Jobra Anicut here on Wednesday.

The incident was reported hours after a herd of jumbos wreaked havoc in Choudwar area of the district.

It is suspected the animals were crossing the river while one of them slipped into deep water and drowned.

The carcass was found trapped in the barrage gate no 17. A team of forest department led by Cuttack ACF Bijay Kumar Parida rushed to the spot in the morning and started operation to recover the body with the help of local fishermen.

The ACF said animals are suspected to have come from Athagarh area via Choudwar. “We have alerted the locals regarding the elephant movement,” he added.

It may be noted that a heard of elephants went on rampage in Choudwar area last night, trampling two elderly persons to death.