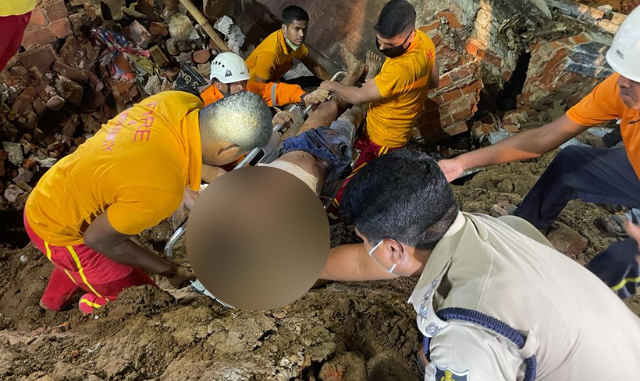 Cuttack: Two persons were killed after an under-construction bridge’s guard wall that collapsed at Malgodown area in Cuttack’s Chhatrabazar locality on Wednesday evening.

Meanwhile, another injured one is fighting for his life at the hospital. Both the victims died while undergoing treatment at the SCB Hospital and Medical College.

The incident occurred during evening peak traffic hours. Eyewitnesses claimed that all victims were labourers, who were engaged at the sight.

According to reports, local traders blamed it on the contractor who is carrying out the work of renovation of Taladanda Canal and the adjoining road.

Reportedly, the guard wall of the old bridge caved in this evening while expansion work of the Taladanda canal was undergoing.

District Collector, Bhabani Shankar Chayani who visited the mishap spot termed the mishap as tragic and said that a thorough probe will be initiated to fix responsibilities.