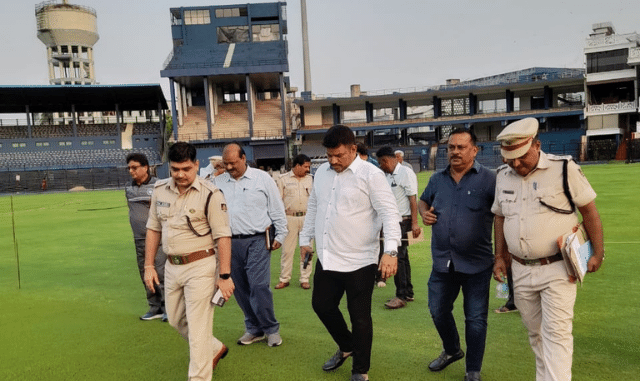 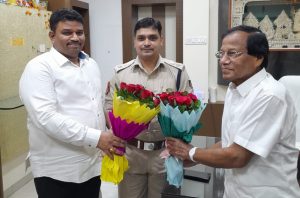 This visit was an initial inspection ahead of the T-20 international match between India Vs South Africa on 12th June 2022 with Barabati Stadium hosting the 2nd T- 20 game in the South Africa Tour of India T-20 series.

Mr Mishra was felicitated in the OCA office by the former Secretary Mr Ashirbad Behera, in the presence of Mr Sanjay Behera (Secretary, OCA) along with other distinguished members of the association. 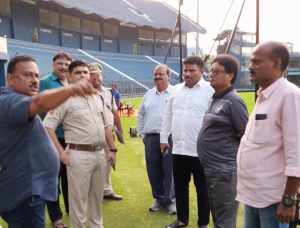 The Cuttack DCP visited the ground along with his colleagues and discussed various aspects involved in the upcoming T-20 International event for the smooth conduct of this event.