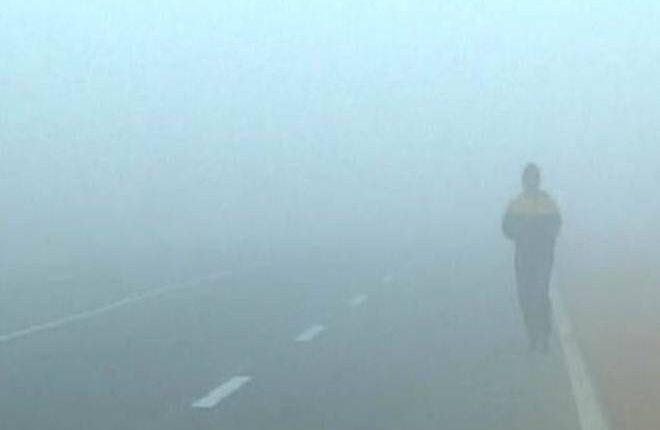 Bhubaneswar: Residents in the twin cities of Cuttack and Bhubaneswar woke up to a thick fog on Wednesday morning, the first this season.

While the visibility was affected due to the fog, commuters were seen driving the vehicles at a slower pace, especially on National Highways.

“The night temperature has relatively increased over the last few days. As per predictions, some districts will witness low to medium rainfall between November 20 and 21 after which temperature will dip in the State,” said Das.

The Bhubaneswar Met Centre had on Tuesday informed that a Low Pressure Area (LOPAR) is likely to form over Southeast Arabian Sea on November 19. “It is very likely to move west- northwestwards & concentrate into a Depression over Southeast and adjoining East-central Arabian Sea during the subsequent 48 hrs,” said the weather office.

Under the influence of the LOPAR, light to moderate rain or thundershower is very likely to occur at one or two places over the districts of Malkangiri, Koraput, Rayagada, Kandhamal, Gajapati, Puri, Keonjhar, Mayurbhanj, Sundargarh and dry weather is expected over rest districts of Odisha on November 20.

Similarly, light to moderate rain or thundershower very likely to occur at one or two places over the districts of Malkangiri, Koraput, Rayagada, Kandhamal, Gajapati, Puri, Keonjhar, Mayurbhanj, Sundargarh, Nabarangpur, Kendrapara, Jagatsinghpur, Jajpur, and Dhenkanal on November 21, it added.