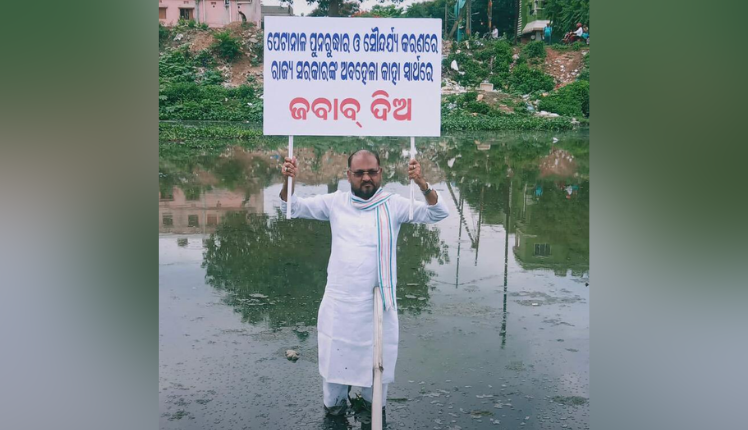 Cuttack: Cuttack-Barabati MLA Mohammed Moquim stepped into the Petanala and expressed his displeasure over the delay in its restoration and beautification of it.

Raising slogans and showing placards, Moquim entered the nullah and protested in a unique way, saying despite continuous demands the restoration work of the water channel is yet to begin.

Earlier, the Congress legislator had raised this matter several times in the State Assembly in the past. The funds for the work were also allocated but the construction work is yet to begin.

Dissatisfied over this, Moquim stepped into the nullah with a placard that demanded an answer regarding the delay in the restoration and beautification work from the concerned officials and protested against the same.

He also threatened to go on a hunger strike if the restoration work is not started within a few days.