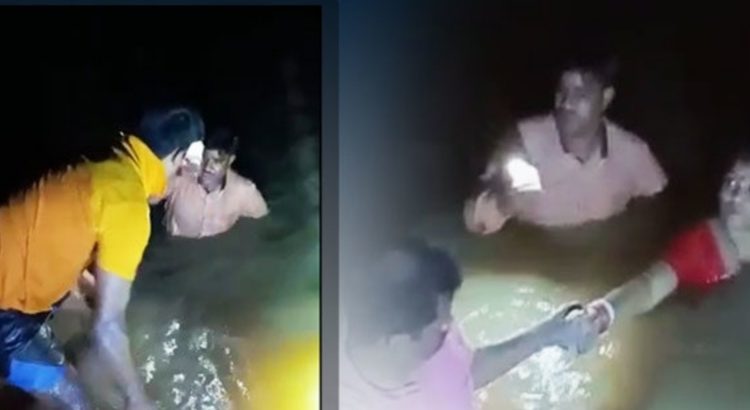 Cuttack: At least four passengers had a narrow escape trapped atop a car after being swept away with their vehicle by floodwater on Puruna Cuttack-Sambalpur road at Ghantikhal in Athgarh block of Cuttack district were rescued after hours of ordeal.

Reportedly, they were returning from Puri when they unknowingly drove the car into the water at around 11 pm.

They were stranded in the water for around 3-4 hours before being rescued by fire personnel on a boat.