Cuttack: While the Odisha Government stood firm on its decision to cap the height of idols of Goddess Durga to 4-feet, the Cuttack Shanti (Peace) Committee has sought the intervention on Chief Minister Naveen Patnaik for relaxing the norm.

The members of puja committees will make an appeal to the Odisha CM by September 16 to reconsider the decision of limiting the height of Durga idols for the upcoming Durga Puja.

The committee members hope to receive a response from the Chief Minister by Sept 17 and the next meeting has been scheduled on the same day to decide the next course of action, sources said. 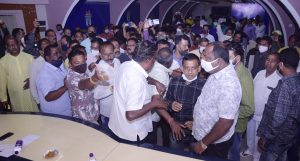 Earlier today, the members of the Shanti Committee and Puja Committee met at OCA Conference Hall in Cuttack to discuss the issue of curb on the height idol of Goddess Durga and public darshan.

However, tension erupted and some members resorted to ruckus after former BJD MLA Prabhat Biswal made a statement on the government’s decision on limiting the height of idols.

The puja committees raised the demand that the govt should allow the traditional darshan process and lift restrictions on the height of Durga idols. 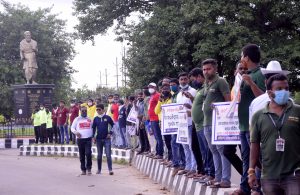