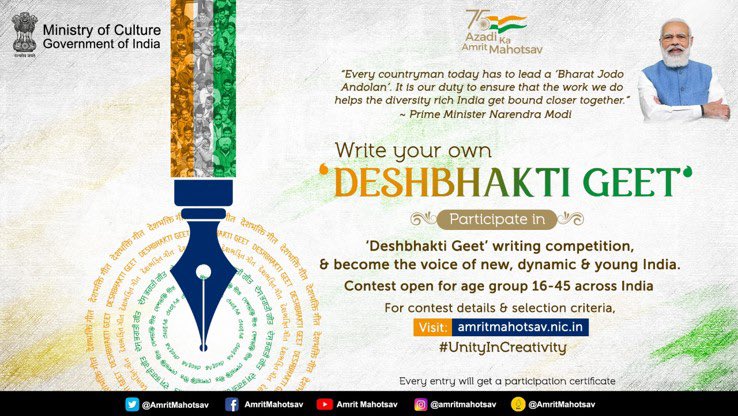 The initiative was announced by the Prime Minister, Shri Narendra Modi in Mann Ki Baat dated 24th October 2021 and entries have been opened from 31st October 2021 on National Unity Day for public participation introduced by eminent personalities on social media.

This comes under Azadi ka Amrit Mahotsav which is a unique initiative to celebrate and commemorate India’s 75 years of Independence.

‘AzadiKaAmritMahotsav’ is an initiative of the Government of India to celebrate and commemorate 75 years of progressive India and the glorious history of its people, culture and achievements.

This Mahotsav is dedicated to the people of India who have not only been instrumental in bringing India this far in its journey but also to India’s social, cultural, political and economic identity.