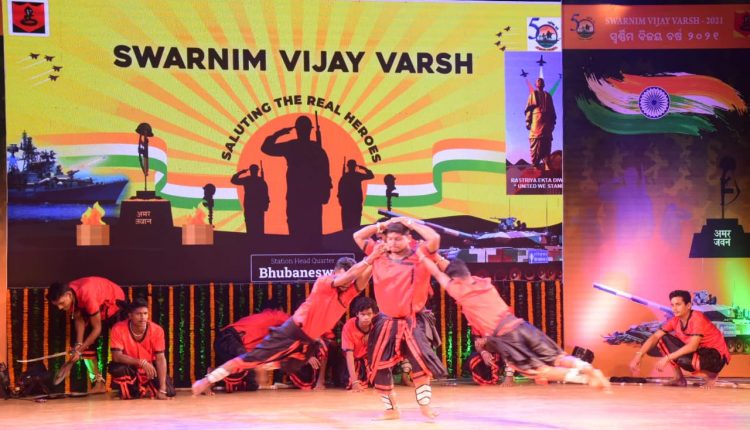 Bhubaneswar: Service veterans of Bhubaneswar along with senior military and state government officials gathered at Rabindra Mandap to celebrate the grand victory of Indian Army over Pakistan in 1971 war.

The celebrations commenced with paying respects to the “Swarnim Vijay Mashal” followed by a cultural programme.

On this solemn occasion, Chief Minister Naveen Patnaik conveyed his wishes and expressed his gratitude to the 1971 War Veterans through a video message.

Addressing the august gathering, the Chief Guest Finance Minister Niranjan Pujari proudly remembered the brave and valiant soldiers belonging to Odisha who took part in the operations which led to the creation of Bangladesh.

He also spoke about the various welfare schemes started by the state for the serving and retired defence forces personnel and their dependents.

On this occasion, the Guest of Honour Lieutenant General S Mohan, Sena Medal, Vishist Sena Medal, General Officer Commanding, Madhya Bharat Area addressed the distinguished audience and highlighted the sacrifices and achievements of the Indian Armed Forces in service of the Nation.

Senior 1971 War veterans shared their experiences of the war instilling patriotic fervour among the august gathering.

Earlier in the day, a cycle rally was organised by RBL bank, Bhubaneshwar, from RBL Bank to KIIT where in the cyclists carried the flame with them. After the rally the flame was taken to the homes of 1971 War Veterans, Vice Admiral HS Sharma, PVSM (Retd)Col Manmohan Mohanty (Retd) and Lt Col P K Sahu (Retd). 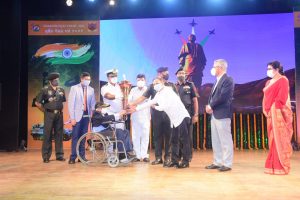 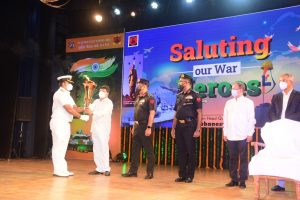