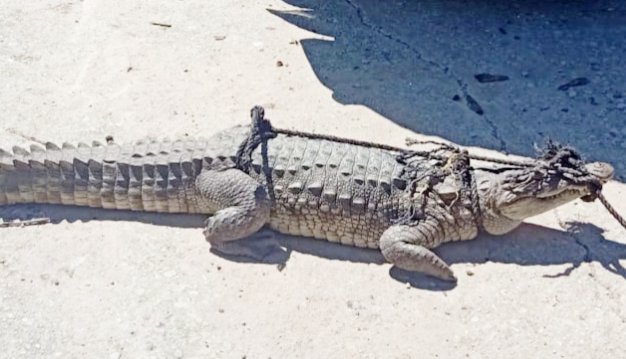 Ganjam: A five-foot-long crocodile was rescued from a pond at Shankarkhali village under Digapahandi block in Ganjam district today.

As per reports, the crocodile got trapped in the fishing net. Later, the owner of the pond, Santosh Kumar Sahu, with the help of fishermen, managed to rescue the reptile and alerted the forest official about the same.

On being informed, the forest personnel reached the spot and conducted necessary health check-ups of the crocodile.

The crocodile has been released into the Ghodahada Dam, forest officials informed.

According to the Crocodile census by the forest department, there were 53 crocodiles in the dam, while 18 crocodiles were found in ponds in the nearby villages.

Reportedly, during the storm, a large number of crocodiles crawled out of the dam and moved to the nearby ponds, locals said.