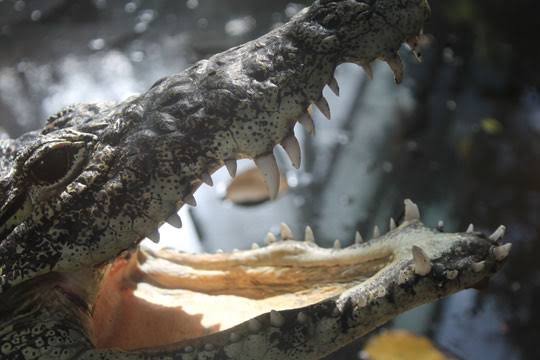 Rajnagar: A minor girl from Rangani village under Rajnagar block of Kendrapara was dragged into the river by a crocodile on Friday afternoon.

According to reports, two daughters of Mathura Dalei of the same village were looking after their goat herd grazing near the Pataparia Canal this afternoon.

Sources said that the younger sister was herding some goats grazing close to the canal water when a giant crocodile pounced on her. On hearing screams for help, the elder one spotted the reptile drag her sister into the deep water.

On the directions of Kanika Range Officer Manas Kumar Das, Talachua Forestor Laxmidhar Barik along with other forest department personnel reached the spot to enquire.

Though a search has been launched, the minor girl was yet to be traced till the last report came in.

It may be mentioned here that the Bhitarkanika National Park in Kendrapara’s Rajnagar and the adjoining Mahanadi deltaic region are home to more than 1,500 saltwater crocodiles. Lethal assault by reptiles remains a regular feature in this part of the state.

Loss of human lives is most frequently recorded during the monsoon and winter months, the nesting season of the estuarine crocodiles. Often, the mishaps occur when the victims intrude into the animal habitats, for illegal fishing, poaching, wood collection and honey collection. The animals, in the wake of depleted food reserves in the river system, stray into nearby rivulets and nullahs.