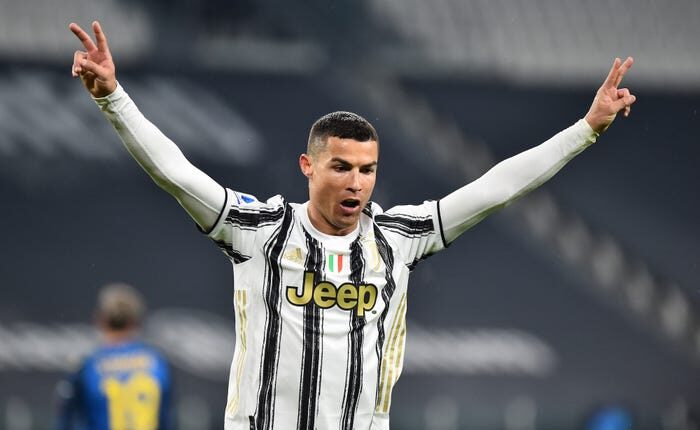 Juventus played against Sassuolo last night in the Serie A 2020-21 match at the Juventus Stadium.

With 759 career goals, Ronaldo equalled Josef Bican, the Austrian-Czech striker who played between 1931 and 1955. In the first week of the year, the Portuguese icon edged past former Brazilian great Pele’s record of 757 official goals.

The 34-year-old is now on the brink of arguably his proudest achievement to date. He needs just one more goal to become the highest-scoring player ever.

Juventus breezed past visiting Sassuolo after late goals from Aaron Ramsey and Cristiano Ronaldo. A cross from Gianluca Frabotta floated by several defenders before Ramsey redirected it in from close range in the 82nd minute.

To ensure the win further, Ronaldo scored in the injury-time after running onto a long ball from Danilo, sprinting past the defense and driving in a precise strike.

Danilo had given Juventus the lead by launching a long shot with one touch into the far corner shortly after the break. Gregoire Defrel equalized for Sassuolo seven minutes later by darting between two defenders and shooting past Leonardo Bonucci.

Dahi ke Sholay – Recipe For This Must Try Snack