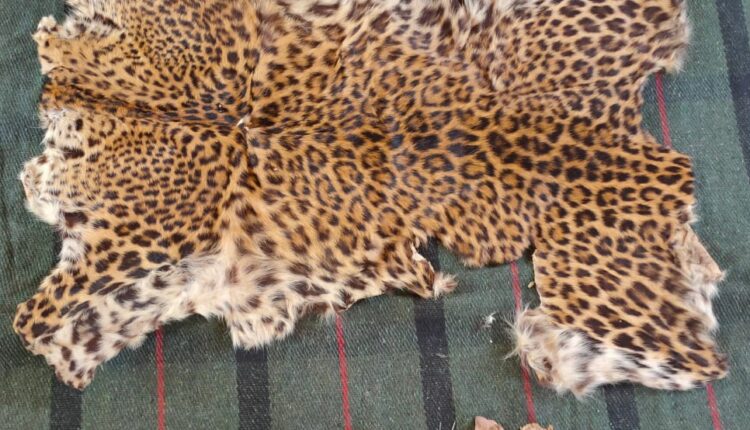 Deogarh: In a major breakthrough, the Special Task Force (STF) of the Crime Branch arrested two smugglers with leopard skin near Barkot area in Deogarh district.

The accused have been identified as Somnath Patra and RajibLochan Patra.

According to reports, the STF conducted a raid in the area and seized the leopard skin and other incriminating materials from them.

Reportedly, the accused persons could not produce any valid authority in support of the possession of such elephant tusks, for which they were arrested and forwarded to the Court of SDJM, Deogarh.

A case in this regard has been registered.

The leopard skin will be sent to Wild Life Institute of India, Dehradun for chemical examination.

The STF is conducting a further into the matter.