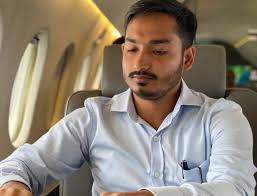 As per the court directive, the Crime Branch will take Akash on remand from Friday for further interrogation on his alleged job fraud at Tata Motors.

The TML had lodged a complaint with the Crime Branch against Akash Kumar Pathak accusing him of committing cheating, forgery and impersonating as the Managing Director of the company.

The company in its FIR mentioned that Akash Kumar has taken huge amount of money fraudulently from unemployed youths to secure them a job in Tata Motors Limited. At least 124 persons have allegedly been duped by Akash Kumar on job pretext.

Akash and his father Abhay Kant Pathak have been arrested by the Odisha Vigilance on charges of amassing assets worth crores disproportionate to known sources of income.

During interrogation, Akash Pathak’s personal secretary David Peter revealed that the tainted IFS officer had spent lakhs of rupees to project his son as the MD of Tata Motors, Vigilance sources said.

Akash opened a office at his father’s Government quarters at Unit-9 here in the name of Tata Motors, two years ago. He used to make a list of job aspirants and call them up for a meeting at the office. Akash used to give fake job letters to the aspirants and duped them of thousands of rupees.

Colleges To Reopen From New Year In Odisha!