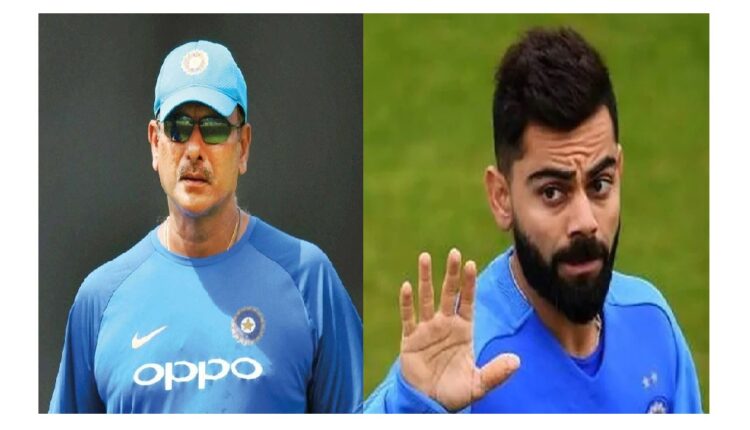 Cricket in New India: An Absconder for the Captain & His Loyal Dog as the Coach

Eleven players get selected to play in a cricket match. One of them leads the side. The order of these two statements is never reversed. A captain is not given a commission to raise a standing army. There are no stand-in captains, only captains. The former is just a management ploy which utilises feudal practices to keep some favourite’s chair cosy and warm.

“He has been with us, despite not being here.”

There are no non-playing captains in cricket either. One might invoke his legacy, which we shall also discuss, but to suggest that an absentee, an absconder was the guiding force behind India’s Greatest Series Win seems quite disrespectful to the victorious captain and the team. Alas the coach is a beer belly and could not care less. Shane Warne believed that the coach was something you travelled in to get to and from the game. A transporter, if human, or the transport itself, in most cases. Shaz fits the description.

Call Ravi Shastri what you like but he has proved to be a loyal drunkard. These rare species of men and worms do not give up on their brand, pub or accompaniments, whatever might be the temptation. Shaz might be currently high on Forster or Rahane, but his cheers would be raised only in the name of his  favourite beer, in this case, Brand Kohli.  Even though His Master Kohli  fled after the Adelaide debacle, leaving behind his side in dire straits, the loyal customer from Mumbai sang paeans in His Overlord’s honour after the Gabba win. The least you expect a drunkard to be is to be loyal? That is also the most you expect him to be.

“The team was not built overnight. It was built in 5-6 years”, Shaz said. Really, is that the case? What the noise of last 5-6 years actually culminated in were two consecutive test defeats in New Zealand, and then the rock bottom of Adelaide. Do not forget that the legacy includes the World Cup semi-final capitulation against the Kiwis in 2019. Only two players from among the Vanquished of the Adelaide, Jinks and Pujara, managed to play each of the next three tests at Melbourne, Sydney and Brisbane. Rest of the team was a tag, rag and bobtail coalition, which played its heart out, and managed to breach the fortress of Brisbane.

Come to think of it- Gill has never played a test with Virat, nor have Washington Sundar, Saini, Siraj and Natarajan. Despite knowing fully well that Shaw was not in the best of form, Kohli preferred him over Gill in the first test with disastrous results.  How Jinks and Pujara have survived for so long in spite of the machinations of Shaz-Ko clique is also a testament to their talent and tenacity. How can a bowling attack having a combined experience of 4 tests be the legacy of Kohli? Did Shastri hint at their RCB connection? That being the case, what about Kohli’s disastrous record as the RCB skipper? A legacy of almost a decade of defeats and failures! All wokeism aside, leaving behind a team that had just been tumbled for 36 runs, is plagued with injuries, and has three more tests to endure, requires special survival skills, of which, shamelessness must be the most prominent, and heartlessness the other.

“His character has rubbed off on this team.” Had that been the case, the whole team would have scooted away after Adelaide, or twisted and blamed the Bubble restrictions to somehow avoid playing over the venue switches. Injured Vihari and Ashwin would not have stood their grounds in Sydney. Sundar and Shardul could not have found ways and means to keep off the Aussie bowlers for so long. Pujara would not taken blows after blows on his body, and jibes and taunts on his strike-rate. Rahane would not have kept smiling despite leading a bowling attack having a combined experience of four tests between them.

Last month, Virat Kohli had said that he represented the New India. Shastri also referred to the hard work of last 5-6 years. If it was merely a question of recalling the contributions , why only Kohli, Dada and MSD should also be remembered. Or were the Duo hinting at the change of 2014, and thereby playing to the gallery? Have things come to such pass in Indian cricket? A politician-cum-administrator’s statue was unveiled in a cricket stadium last month. A young Secretary of the BCCI, a beneficiary of his surname, was mercilessly trolled after the loss in Adelaide. Do they, along with the Brand Kohli and the Brand loyalist, Shastri, represent the New India – an India of fake narratives, false legacies, entitlements, warm chairs and politicised sports- where lackeys and loyalists attribute all credit to the Mai-baap-huzoor, the Top Dog, in spite of his absence in the best scenario, and despite abject failures in most other?