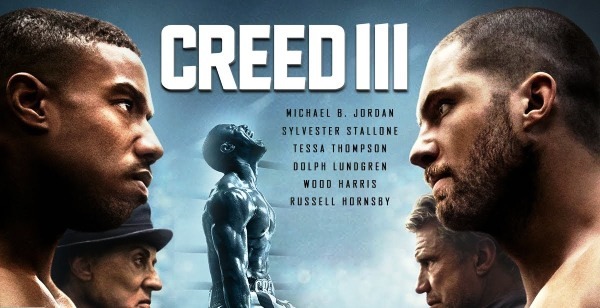 “Creed 3” Goes Ahead With A Surprise Director

The series of boxing movies that Sylvester Stallone began in the late 1970s with “Rocky” is among the world’s most popular film franchises. No matter how far-fetched or over-the-top the plots of the films became after the gritty and mostly-realistic original, fans have flocked to them in huge numbers and continued paying money to see them. When Stallone finally accepted that he was too old to get in the ring anymore, he repositioned his much-loved character, Rocky Balboa, as a coach, and started the new “Creed” saga in 2015. We now know that saga is going to continue.

For those who haven’t been keeping up to date with the films, “Creed” is the story of Adonis Creed, son of Rocky’s old friend Apollo Creed, who now has a boxing career of his own. The first film, starring Michael B. Jordan, was a huge success in the year of its release and made more than four times its budget at the box office. That made a sequel inevitable, and so “Creed II” came out in 2018. That film also more than quadrupled its budget with ticket sales, and so a third film was always inevitable. That film, “Creed III,” has now been confirmed for a late 2022 release – and this time, Michael B. Jordan himself will serve as the director. 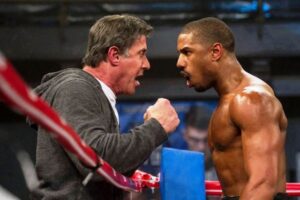 The film, which is almost certain to be one of the biggest movie successes of the coming year, will mark Jordan’s directorial debut. Steven Caple jr has handled directorial duties for the two “Creed” movies made so far, but the appointment of Jordan is said to fulfill a promise made to the actor by producer Irwin Winkler, who enticed the star back to the part with the chance to helm the project and make it according to his own vision. He’ll have even more influence over that vision than the average director does because he’s also been named as the film’s executive producer. That means Jordan’s name is all over the project, but thus far, the name of Sylvester Stallone has been curiously absent.

The story of Rocky Balboa was given equal importance to that of the young Creed in the previous two films, with the legendary boxer battling cancer and his own grief as he trained his protege for success in the ring, but at the time of writing, there’s been no confirmation that Stallone is associated with the project at all. That would be surprising given the fact that theoretically, at least, the rights to the “Rocky” series remain with Stallone, and the veteran actor has given no indication that he intends to retire from his chosen profession any time soon. If it turns out that he won’t contribute to the writing or production of the third movie nor appear in it himself, it might point to the idea that he’s working on another “Rocky”-related project.

In 2019, in an interview that appeared to go unnoticed by the majority of the mainstream press, Stallone told “Variety” that while he does earn money from past and present sales of “Rocky” and “Creed” films, along with their associated merchandise, his ownership isn’t absolute and he makes less from it than he feels like he ought to be entitled to. At the same time as making that surprising statement, the Hollywood legend revealed that he was working on an alternative “Rocky” film that would see his character serve as a coach to an illegal immigrant to the United States, fighting for his rights to citizenship as well as glory in the ring. Stallone gave no name for the project at the time, but MGM was said to be “very keen” on the idea. Aside from that, Stallone also wanted to make a ‘prequel’ television series about a young Rocky Balboa and sell it to a streaming service. If those ideas have progressed since that 2019 interview, he might now be too busy developing them to devote his time to a third “Creed” film. 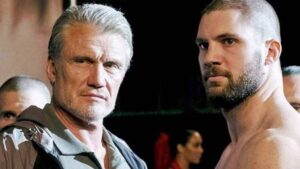 While two new films plus a television series might push most franchises past saturation point, “Rocky” is different. Its success at online slots websites is enough to confirm that. While making online slots based on successful television or movie series isn’t a new idea, the “Rocky” slot makes more money than most in the ‘movie’ genre. In fact, such has been the success of the official “Rocky” online slots game that a companion “scratch card” digital game was released to internet-based casinos last year. So long as there’s an army of fans out there who love the franchise so much that they’ll spend money on online slots to be part of it, studios will always make more content. If the two movies were released with a sensible gap between them and the series was released on a platform like Netflix, there’s no reason to believe that all of them couldn’t attract large audiences.

While reading between the lines might tell us a lot about where Sylvester Stallone is up to in terms of “Rocky,” it doesn’t tell us much about the status of “Creed III” other than the fact that it’s being made, and it won’t start filming until late 2021. Given the amount of time and work that goes into filming and then editing a major Hollywood project in the 2020s, that means a late 2022 release might be too much to hope for, and despite the current intentions of the producers, the film could easily slip into early 2023. It’s to be hoped that it doesn’t tie itself too heavily to elements of past “Rocky” films, which is something the sequel was possibly guilty of by putting Creed up against the son of Rocky’s “Rocky IV” opponent Ivan Drago, but instead tries to tell us something new. If Stallone isn’t involved, the chances of that might be higher. This is a big opportunity for Michael B. Jordan as a first-time director, but it’s also a perilous one. If he’s the man at the helm when a previously-successful film franchise tanks, it could ruin his directorial career before it begins. We’re sure that won’t happen, though. If there’s one thing that movie history tells us, it’s that where the “Rocky” franchise goes, money follows.

Odisha recognised as a Lead State in Forest Management