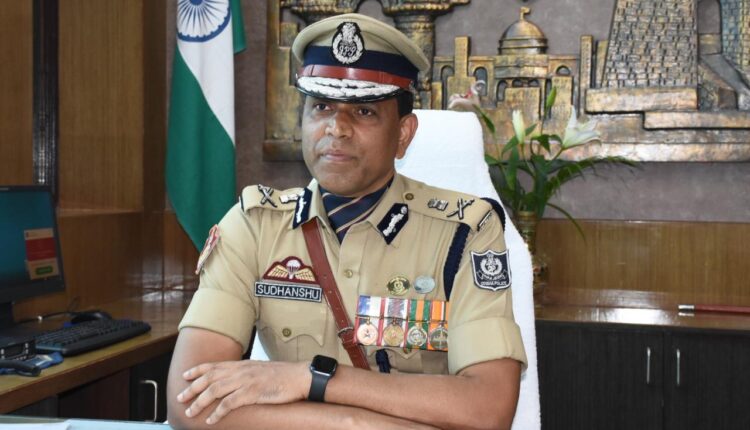 Bhubaneswar: The crime rate in Cuttack-Bhubaneswar twin cities has gone up since the 1990 batch IPS officer Dr Sudhanshu Kumar Sarangi has donned the mantle as Commissioner of Police.

Sarangi was posted as CP in 2019. But, if one has to go by the statistics, then the situation in the twin cities has worsened in the past year. According to the statistics done by the Commissionerate Police itself, on April 1, 2020 as many, as 13,569 cases were registered. In Bhubaneswar alone 8,229 were registered.

Sources said the scenario is different from the one prevailing in 2018. The number of murder and rape has gone up with Bhubaneswar registering 39 cases. Cuttack has a share of 59, the sources added. The crime rate in the Commissionerate Police region has been increasing day by day, the sources said.

It is alleged that the senior citizens are being harassed and the police administration in the capital region has become ineffective to handle the crime. A number of important police stations in the capital like Mancheswar and Infocity are bereft of Inspector In-Charge for a long.

It is alleged that the present Commissioner of Police is inept to handle the affairs of such an important Commisionerate and therefore the crime rate in the Capital city is on the move ever since he joined the position.

Sources within the police set up who did not wish to be identified opined that Sarangi lacks leadership traits to lead Bhubaneswar-Cuttack Commissionerate Police effectively. They said Sarangi is such a police officer who could not cling to a position for long because he lacks leadership quality.

Therefore, Sarangi is more interested in saving his position as CP than providing better services to the common man. Dreaded criminals are on the prowl in Bhubaneswar, but the police officials in CP  are least concerned about the matter. Sources said that Sarangi is trying hard to keep his ‘Chair’ intact. He is little concerned if the crime rate in Bhubaneswar or Cuttack go up.