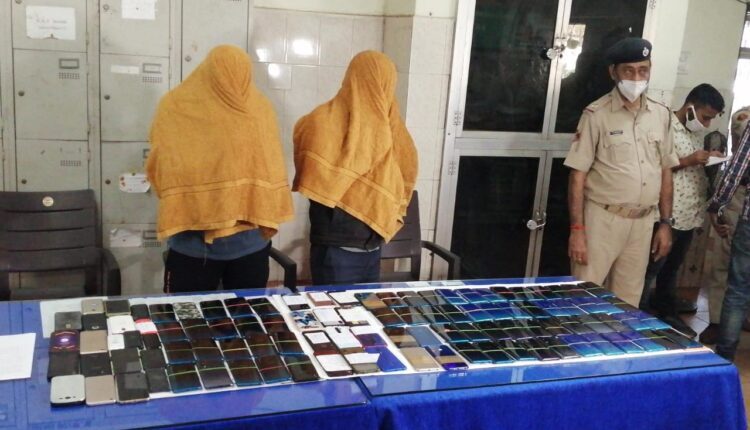 Bhubaneswar: The Commissionerate Police on Monday arrested two persons, who were allegedly indulged in mobile phone snatching in from different places of the State.

Police have also recovered over 100 stolen mobile phones from them.

The accused, identified as Sanjay Gadanayak and Lipun Sahu of Angul, were arrested following a complaint by one, Asutosh Das, proprietor of City Commercial Service with Saheed Nagar police.

In his complaint, Das had alleged that over 90 phones were stolen during transit to Rourkela by bus.

Based on the plaint, police had registered a case and launched a probe into the matter. During the investigation, 82 smartphones were recovered by police from Angul, Jajpur, Sambalpur, and Dhenkanal districts.

This apart, 20 smartphones which were snatched/stolen and reported by various persons were seized by the cops.