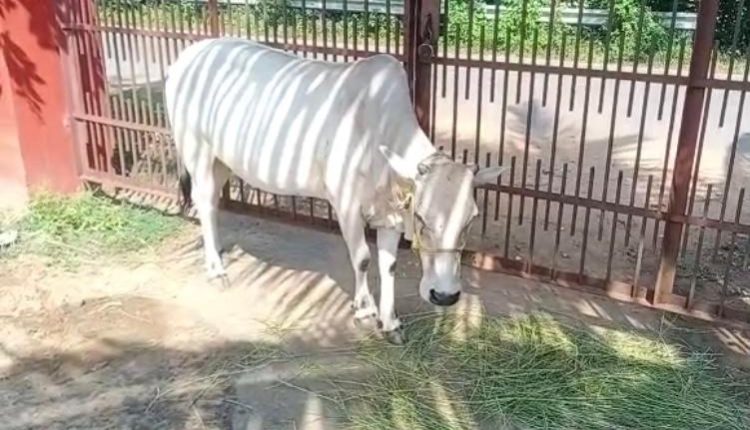 Bhubaneswar: In a bizarre incident, a cow was tied to the gates of Dhauli police station for hours after police failed to calm two people arguing over the cow’s ownership.  Reportedly, the cops have impounded the cow at a cattle pound in the city.

As per reports, a woman namely Kuntal Bhoi had taken the help of the cops after her cow went missing a few days ago. On finding the cow, she took it to her house. However, another person, Kashinath Behera, allegedly took the cow from the shed to his house claiming ownership.

Following this, the duo turned up at the police station on Tuesday to claim ownership of the cow. But the helpless cops failed to negotiate the matter. As a result, the cow was left tied to the gates of the police station till Wednesday morning.

When the news aired on news channels, senior police officials intervened and the cow was sent to a government pound till the matter is resolved.