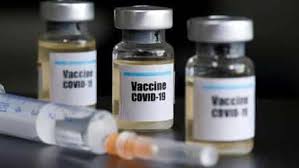 Pascal Soriot said the vaccine ensures “100 per cent protection” against severe coronavirus disease. The British government announced on December 23 that the developers of the Oxford-AstraZeneca vaccine had submitted their data to MHRA. Media reports said approval is expected to be granted to roll out the jab on January 4.

The Pfizer-BioNTech vaccine was the first coronavirus shot to be authorised for use by the UK’s independent medicines regulator. Nearly 600,000 of the country’s most vulnerable people have been vaccinated since last month.

Earlier trials had shown varying outcomes in the AstraZeneca shot’s efficacy. The vaccine initially showed an average of 70 per cent effectiveness but that level jumped to 90 per cent depending on the dosage.