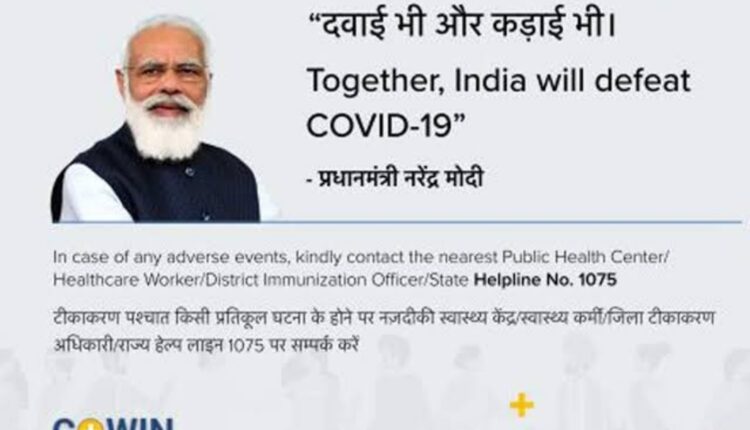 New Delhi: The Union health ministry has made changes in the CoWIN system to remove the picture of Prime minister Narendra Modi from Covid-19 vaccination certificates in states where elections are to be held soon, according to people familiar with the development.

Currently, the Prime Minister’s name and picture are printed on digital as well as hard copies of the vaccination certificate. With the announcement of the schedule, the model code of conduct for governments, candidates and political parties has come into force, and as a result no content that seems to be promoting a particular party can be seen on the certificate.

Assembly elections in Uttar Pradesh, Uttarakhand, Punjab, Manipur and Goa will be held between February 10 and March 7 in seven phases with the counting of votes on March 10, the Election Commission announced on Saturday.

Over 300 Police personnel test positive for coronavirus in Delhi

More than 160 persons killed, 5000 arrested during riots in Kazakhstan