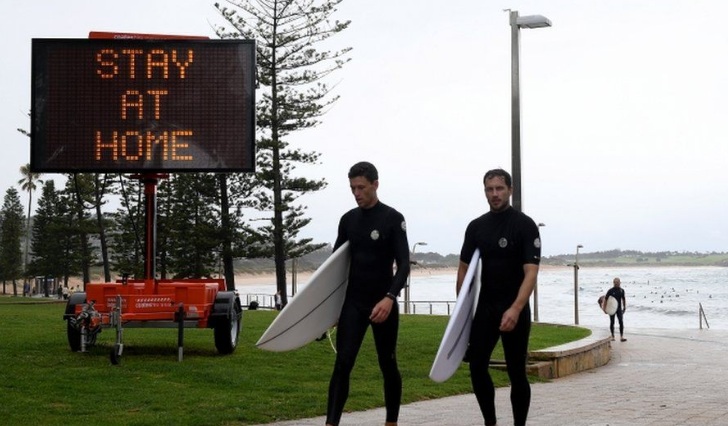 Sydney: Australia’s most populous state has announced new restrictions for the Greater Sydney area as the outbreak of Covid-19 continued to grow here.

As the coronavirus cluster on Sydney’s northern beaches grows, other states and territories have introduced a range of border closures and restrictions.

The New South Wales premier said the new restrictions were introduced to prevent the virus from seeding in other areas of Sydney, after the list of exposure sites grew overnight to include a number of restaurants in the eastern suburbs and a cafe in Forster on the mid north coast.

Since then Sydney residents have rushed to leave the city ahead of Christmas.

Thousands have travelled from the city in New South Wales (NSW) to the neighbouring state of Victoria.

In response, Victoria announced that its borders would be closed to residents of Greater Sydney and the NSW Central Coast from midnight.

The outbreak has also forced organisers of the Sydney to Hobart yacht race to cancel the event for the first time in its history.

Meanwhile, the more than 250,000 people who live in Sydney’s Northern Beaches have been banned from leaving their homes except for work, exercise, essential shopping and compassionate reasons until Wednesday.

The NSW government has urged all locals to wear masks in public areas like supermarkets and churches and to be on “high alert”.