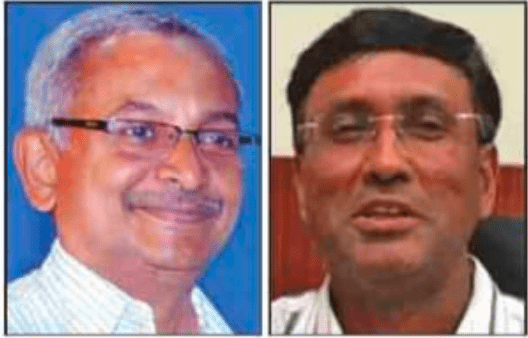 Bhubaneswar: The tussle between two senior IAS officers for the President’s post of Bhubaneswar Club has taken an interesting turn.

But, it is more interesting to note that the election to the club President’s post has been postponed indefinitely due to the ongoing pandemic situation. However, observers maintained that politicking has taken a toll on the election process as there was no hindrance to conduct the poll through virtual mode. The election was due on May 1 and 2, but the postponement has raised eyebrows.

The Bhubaneswar Club was established on 1949 and since then mostly Chief Secretaries of the state used to don the mantle as Presidents. The position was held by R N Das, R K Bhujabal, and Sudhanshu Bhushan Mishra. Later in 2004-05, IAS officer Priyabrata Patnaik donned the presidentship of the club and remained there till July 21 last year.

Patnaik was appointed as the President of Vedant University upon his retirement from the government service. Tripathy has been appointed as the Chairman of Western Odisha Development Council. Patnaik however, has resigned from the post from Vedant varsity.

It is worthwhile to note that Patnaik is the batch mate of Priyabrata and therefore he is more interested to don the mantle as the President of Bhubaneswar Club.

While two IAS officers are locking horns for the post of president of the premier club of Capital City of Odisha, another IAS officer Vishal Dev is on the race for Secretary of the Club. The others who are interested for the post are former secretaries of the club Ashok Chinchela, Jyotirmayee Parida, Parthasarathi Panigrahi and Deo Shankar Tripathy. Observers maintained that as a senior IAS officer Vishal Deb’s winning is almost guaranteed.

Five aspirants are on the race for the post of Joint Secretaries and as many as 22 candidates are there for six committee members. The Bhubaneswar Club has 2800 members.

Priyabrata Patnaik goes down in the history of Bhubaneswar Club as the most successful President. Patnaik became a member of the club in 1990, then went on to become the secretary. Later in 2004-05, he remained as the President till death. Bijay Patnaik at that time was trying to don the mantle as the President of Bhubaneswar Club, but none could not venture to defeat Priyabrata.