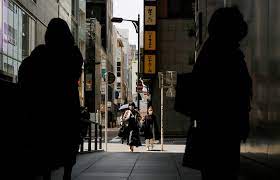 Tokyo: Japan is set to expand the COVID-19 state of emergency currently covering Tokyo and 12 other areas to eight more prefectures amid the latest resurgence of infections in the country.

Economy Minister Yasutoshi Nishimura said the expansion, which would cover almost half the country’s 47 prefectures, was approved by a panel of external experts. It is expected to be formally approved at a government task force meeting later on Wednesday.

Under tougher measures, restaurants are asked not to serve alcohol or provide karaoke service, and are instructed to close by 8 PM, local time. Major commercial facilities like department stores are asked to limit the number of customers allowed in at the same time.

With the Delta variant spreading fast, the government has struggled to bring infections under control as citizens grow weary of life under restrictions and many companies ignore repeated requests to promote work-from-home.

Public broadcaster NHK reported 21,570 new cases and 42 deaths on Tuesday. Japan’s case fatality rate stands at about 1.2%, compared with 1.7% in the United States and 2.0% in Britain.

Months of emergency curbs in the capital, Tokyo, and surrounding areas have failed to reverse a surge in infections and about 90% of the city’s critical care beds are occupied.

‘Banakalagi’ Ritual: Puri Jagannath Darshan To Be Restricted For 4 Hrs