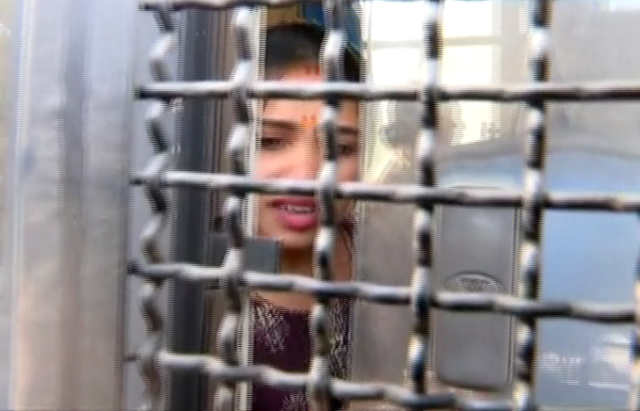 The ED produced 16-year-old woman accused in the Khordha District and Sessions Court amid tight security.

The 26-year-old woman from Kalahandi district was arrested on October 6 and sent to jail on the charges of blackmailing rich and influential persons along with running a sex racket.

She is seeking bail in the case, her lawyer Debashis Mohapatra said.

Archana Nag’s husband Jagabandhu Chand, a co-accused in the case, was also arrested while the couple’s associate Khageswar Patra was arrested by Enforcement Directorate (ED) after the central agency started investigating the money laundering angle of the case.

The couple allegedly amassed over Rs 30 crore by blackmailing politicians, businessmen and filmmakers using sexually explicit videos in four years between 2018 and 2022.

When approached by journalists while being taken to court, Nag said, “I was sent to court by forcibly closing my mouth and covering my face. I could not know what was happening to me during the first six days of my arrest. My family is under the scanner.”

“Why are the so-called victims hiding? I have not received any money from Akshya Parija.” The ED has also registered a case against the woman, her husband, and their associates Shradhanjali Behera and Khageswar Patra under the Prevention of Money Laundering Act.