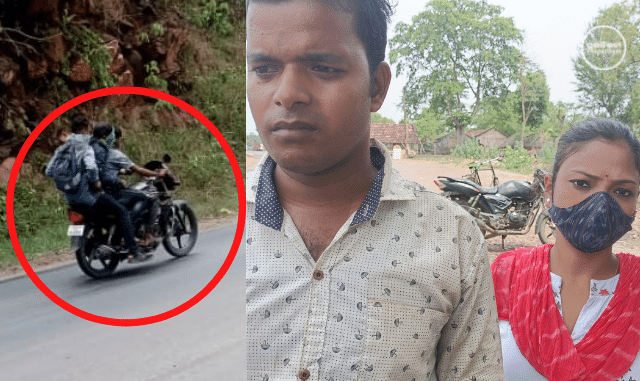 According to reports, Abbas Khan, who works in the L&T company, along with his wife Babita Singh, were returning from Baripada to Bisoi when they were waylaid by three youths at Duarsuni  Ghat on NH 49.

The miscreants then thrashed Abbas and snatched away Rs 15,000 and the bike key before fleeing from the spot on a motorcycle.

Though the couple managed to click a photograph of the miscreants escaping on a bike, police said that the number plate used in the bike was fake.