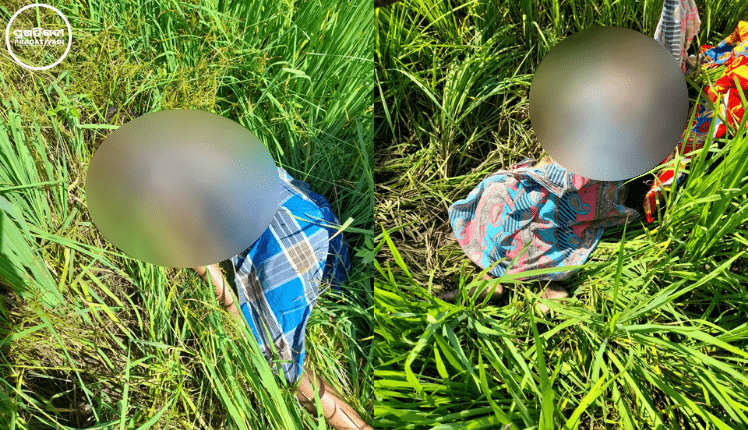 Kalimela: Police on Friday recovered the decomposed bodies of a couple, who were murdered and dumped on farmland at MV-69 village on Friday.

The deceased were identified as Bhima Madhi (50) and his wife Bhime Madhi (45). Both were living a thatched house adjoining their farmland on the outskirts of Buduguda village.

Some locals today spotted the decomposed bodies dumped on the paddy fields with their throat slit.

On intimation, Kalimela police reached the spot and launched an investigation. Malkangiri SDPO and a team of District Forensic Science Laboratory (DFSL) also reached the crime scene and collected evidence.

A case 216/21 has been registered by Kalimela Police and Inspector In-Charge Jagadish Bara is investigating the brutal murder case.

On the other hand, police have handed over the bodies of the couple to their family members after conducting post-mortem.