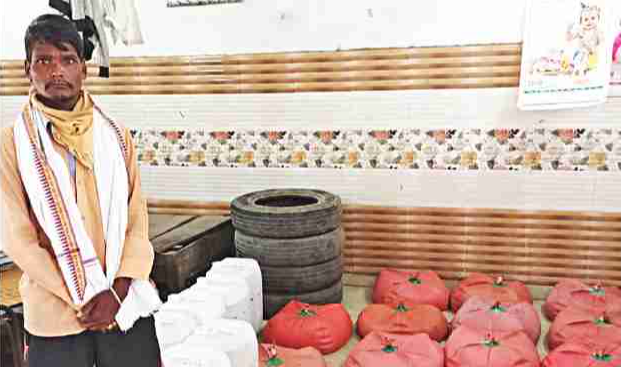 Cuttack: Intensifying the drive against the illicit liquor, police seized a huge cache of country-made liquor and arrested a person in this connection at Gopalpur Sahi of Ranihaat in Cuttack.

The arrestee has been identified as Kalandi charan Sawin (38) alias Kalia of the same area.

Acting on a tip-off, police conducted a raid at the Gopalpur Sahi and arrested the accused involved in the illegal trade. However, his companion Dhirendra Sethi managed to escape from the spot.

The cops also seized 468 litres of country-made liquor and Rs 40,000 from his possession.

During interrogation, Kalia confessed that he works according to Dhirendra’s order. They used to sell the illicit liquor at a high price during the lockdown.

A case has been registered under relevant Sections of the IPC and a manhunt was launched to nab the absconding accused.