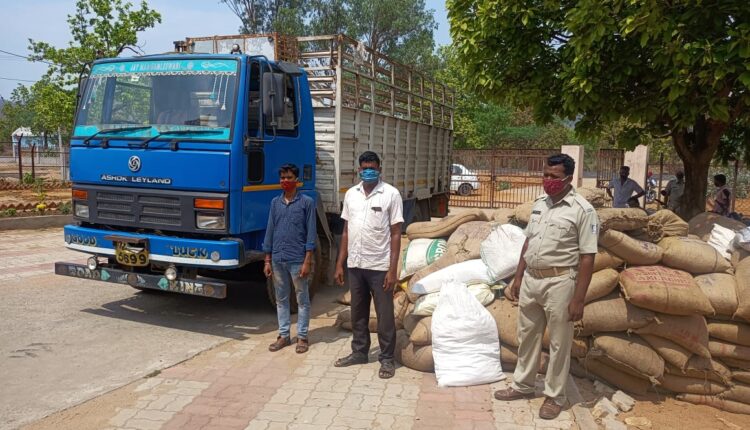 Deoghar: Police have seized a country liquor-laden truck and arrested two persons in this connection in Deogarh district.

The arrestees have been identified as Kunja Bhoi (24) and Arun Jali (32) from Badabhal village under Kisinda police station limits.

Reportedly, during checking Kuntaigola In-charge, Rajendra Mohapatra intercepted a vehicle coming from Chendipada and seized 16 tons of country-made liquor. The cops also apprehended the accused involved in this illegal trade.

A case has been registered and the accused were forwarded to court. Further investigation is underway into the matter, sources said.