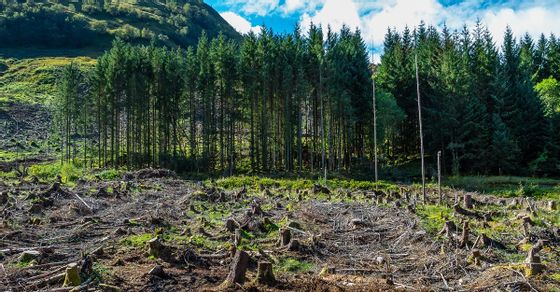 Bonda: Over 1.89 lakh trees were chopped off for the construction of Bundelkhand expressway. This was revealed by an RTI response.

The expressway will ensure better connectivity of the Bundelkhand area with the national capital region (NCR).

The trees were cut in Bonda, Chitrakoot, Mahoba, Hamirpur, Jalaun, Aurraiya and Etawah, the information stated.

The 296-km long four-lane road will connect Etawah to Chitrakoot and Uttar Pradesh districts to the National Capital Region via the Yamuna expressway.

The UP Expressway Industrial Development Authority (UPEIDA) has cut down 1,89,036 trees for the road project. The RTI reply was sought by Bonda-based activist Kuldeep Shukla.

The RTI said the UPEIDA has planned to plant over 2.70 lakh saplings along the expressway to compensate the loss.

Bonda Divisional Forest Officer Sanjay Agarwal said the trees were chopped off after getting due permission from the Centre.