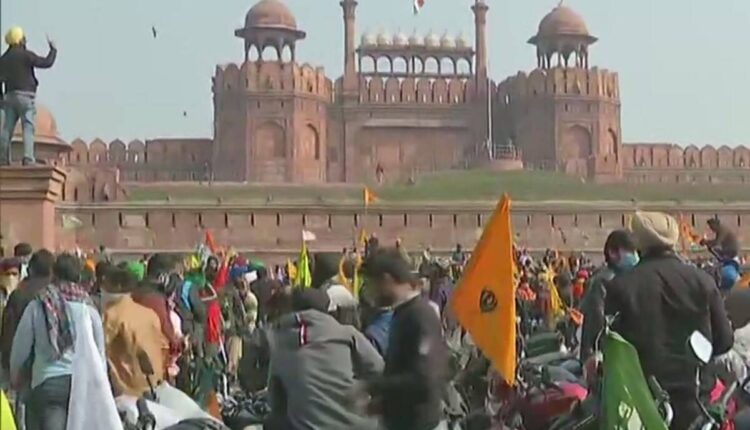 New Delhi: Police removed protesting farmers from Red Fort area as some groups deviated from their designated route and tried to hoist their flag atop the monument.

Internet services were suspended in parts of Delhi due to the violence. Home Minister Amit Shah has taken stock of the law and order situation in the national capital.

Meanwhile, Punjab CM Captain Amarinder Singh and the Aam Aadmi Party have condemned the violence. Captain Singh took to Twitter to express shock over the violence in Delhi.

40 cartons of beef seized in Balipatna

No Shortage Of Covid Vaccines In Rajasthan, Says Centre