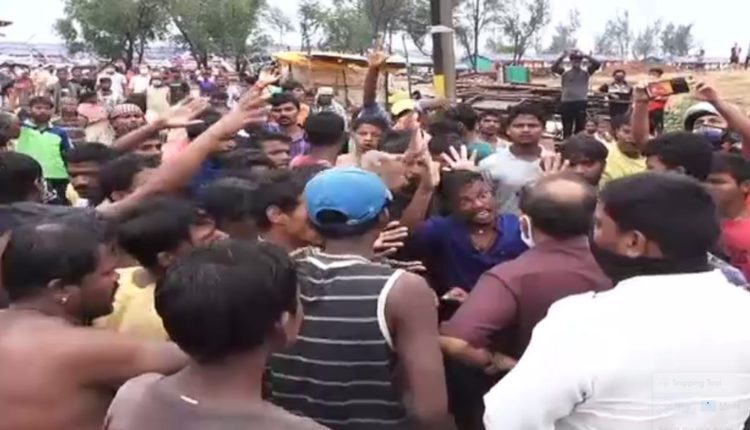 Cuttack: Taking action regarding the attack on CMC staff & police personnel at Nuapada Balisahi in Madhupatna area of Cuttack, cops have picked up 67 slum dwellers, including 15 women today morning.

According to available reports, the police arrested the accused persons involved in the clash early on Thursday morning. Cops have also registered a case regarding the same.

Notably, tension ran high at Nuapada Balisahi under Madhupatna police limits after several persons including children sustained injuries as the temporary tents they lived in were blown away by nor’wester on Tuesday afternoon.

Around 1,200 families evicted from slums located at Chhatra Bazaar Behera Sahi, Ranihat Sagadia Sahi, Pilgrim Road Das Sahi, Malgodown Jalua Sahi for expansion of Taladanda canal road were rehabilitated at two temporary tents in Balisahi by Cuttack Municipal Corporation (CMC). However, one of the tents in which they were living was uprooted by the nor’wester trapping several children.

Irate over the same, irate slum dwellers blocked the road and staged demonstration over the issue. They also vandalised a police van and attacked some staff of the CMC who were deployed to provide them food.

19 More Succumb To Coronavirus In Odisha