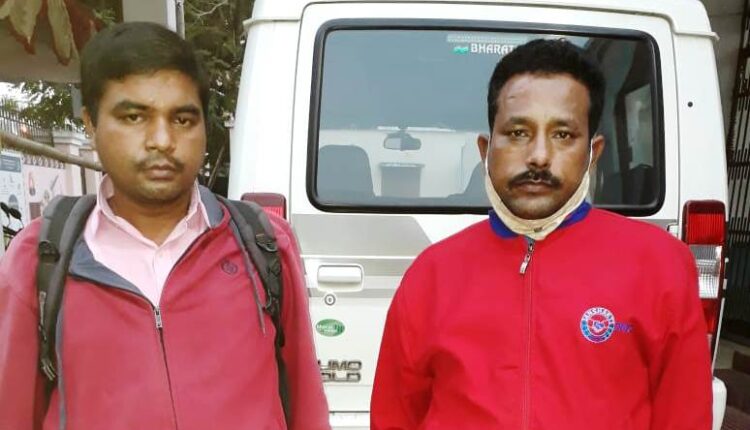 Berhampur: Police have arrested two persons of a finance company for duping people by promising to provide jobs and swindling money in Berhampur.

Both were sent to jail after their bail pleas rejected by the court, officer in charge of Baidyanathpur police station Sarada Prasanna Das said.

Reports said Bideshi was working as the Chief of Janashakti Multi-State and Multi Cooperative Society branch in Berhampur. Naveen Chandra was the Cluster Head of the company.

The investment company was conning people by floating attractive schemes to double the money. The company was doing propaganda that if a person deposits Rs 3000 and keep the amount for six months then he will get Rs 22000.

This scheme had attracted over Rs 10 lakh from 278 persons from Ganjam district in four months. Police swooped down on the private company on the basis of the complaint of Chittaranjan Mohapatra of Ankuli who had given Rs 2.17 lakh to Bideshi for a job as the branch head of the investment company.

Chittaranjan lodged a complaint at Baidyanathpur police station after he failed to secure the job promised by the chief of the investment company.