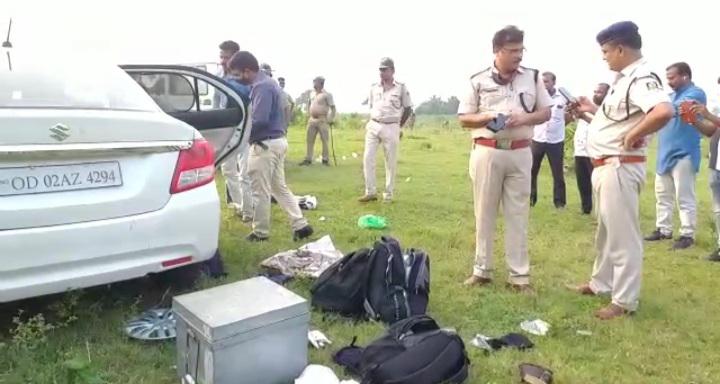 Cuttack: Three persons have been arrested by Dhenkanal police for looting Rs 1.29 crore from an ATM van near Khuntakata in the Athagarh area on Monday.

Informing regarding the matter, Director General of Police (DGP), Abhay said that police official managed to ban the accused in 45 minutes.

“The miscreants overpowered the armed security guards of the ATM van and later hijacked the cash vehicle. They also decamped with the firearms of the security guards,” he said.

“During the investigation, we found the miscreants of dumping the cash vehicle and later escaping in another vehicle. All police stations of Cuttack and Dhenkanal were alerted and the accused were nabbed in Dhenkanal,” he said.

“We suspect another accused have managed to escape. The firearms which were looted have also been recovered. Police have so far seized cash worth Rs 1.05 crore,” added Abhay.