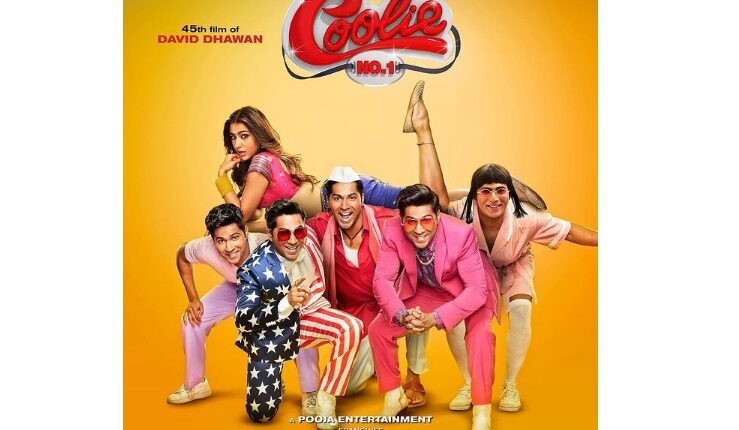 Coolie No 1 movie out on Amazon Prime!

Mumbai: Coolie No 1, starring Varun Dhawan, Sara Ali Khan, Paresh Rawal and Jaaved Jaaferi among others, has released on Amazon Prime Video. The film is the 45th directorial of David Dhawan who also helmed the original. It featured Govinda, Karisma Kapoor and Kader Khan in the lead roles.

For those who ask you not to compare the 1995 hit with the 2020 product, my one-line answer is that the makers should not have given us a copy in the first place.

After shooting wrapped in February, the film was set for a May theatrical release. But when “Coolie No. 1” finally reached screens on Christmas Day, it did not show up in one of India’s 3,000 theaters but debuted on Amazon’s streaming service.

“Coolie No. 1” is just one of the movies from Bollywood — the shorthand for India’s nearly $2.5 billion Hindi-language film industry — that has shifted toward streaming in a year upended by the pandemic.

Among them were “Gulabo Sitabo,” a dark comedy starring the veteran actor Amitabh Bachchan, and “Shakuntala Devi,” a biopic of the Indian mathematician, both of which began streaming on Amazon in July. Another, “Laxmmi,” a comedy-drama featuring Akshay Kumar, was released in November on the Disney-owned streaming service Hotstar.

Pakistan’s rising debt: Belt and Road Initiative’s fate in doldrums as China might back away