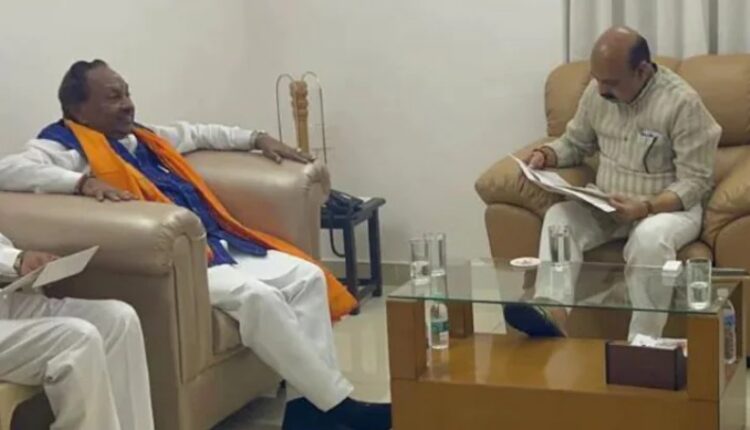 Bangalore: Amid a row over his alleged role in the suicide of contractor Santosh Patil, Karnataka Minister KS Eshwarappa has resigned from his ministerial post.

Eshwarappa submitted his resignation after a meeting with Chief Minister Basavaraj Bommai at his residence in Bengaluru.

Earlier in the evening while leaving for Bengaluru from his constituency Shivamogga he asked his supporters not to worry as he ‘will be back.’ He was accompanied by his supporters on his way to Bangalore. In Shivamogga, his supporters were protesting against his ‘forced resignation.’

One Held For Duping Person Over Rs 5 Lakh In Bhubaneswar