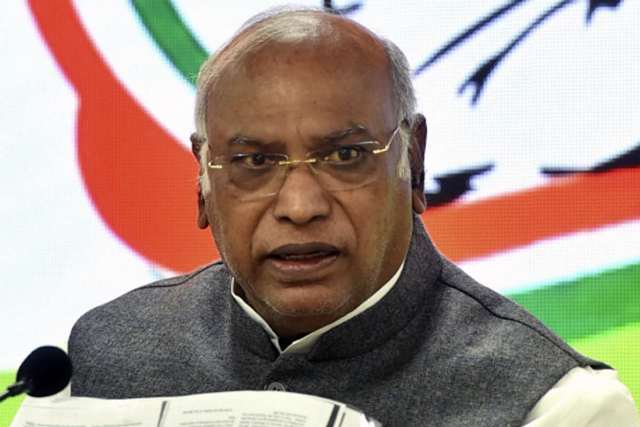 New Delhi: Congress president Mallikarjun Kharge Saturday hit out at the government alleging the Constitution faces an existential crisis and India is no longer a collaborative federal nation.

In a statement on Constitution Day, he alleged ever since the BJP government came to power in 2014, the RSS has used it as a political vehicle to curtail freedoms enshrined in the Constitution.

“Illegal has become legal because the fringe has now become mainstream. The foremost tangible spirit of our democracy is being distorted and disrespected by people who are using it as a means to push a completely contrasting agenda,” Kharge said.

In his statement titled ‘The Looming Crisis of the Indian Constitution’, Kharge said India’s first president Rajendra Prasad had said, “If the people who are elected are capable men of character and integrity, they should be able to make the best of a defective constitution. If they are lacking in these, the Constitution cannot help the country.” He claimed that “these words ring deafeningly true as we celebrate the 73rd year of the Constitution”.