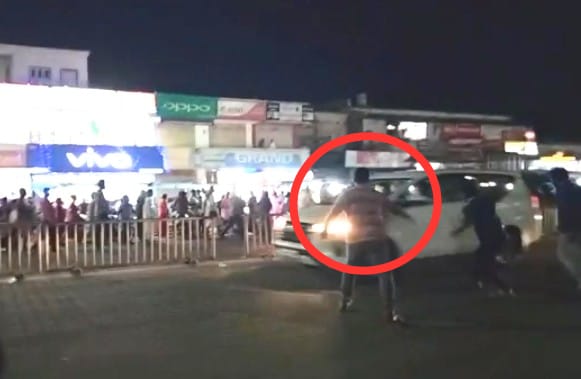 Puri: A group of Puri district Chhatra Congress members hurled ink at Union Minister of State for Agriculture and food processing, Sanjeev Balyan’s convoy while he was on his way from Puri Town.

The incident occurred near Puri market Chhak on Sunday when Union Minister Balyan was returning from Srimandir after having darshan of the Holy Trinity.

Reportedly, the convoy was attacked with ink by a group of Chhatra Congress workers led by Puri district Chhatra Congress President Ashutosh Mishra, who were sloganeering against the rising inflation and hike in prices of petrol, diesel and LPG cylinders.

There was a commotion at the sites with police chasing away the attackers.

BJP national spokesperson Sambit Patra was attacked with black ink and tomatoes by Chhatra Congress workers near Jhadeswari chhak in Puri on Wednesday.

The BJP leader was also returning from Puri when the members of Congress’ youth wing reportedly hurled tomatoes and also threw black ink at his vehicle.