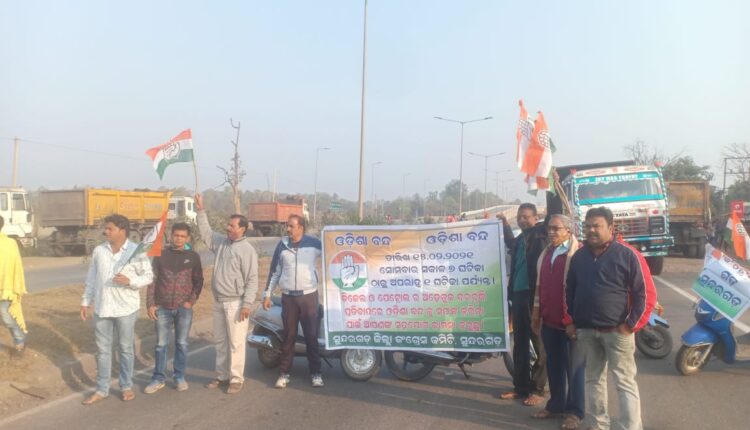 Sundergarh: The Congress workers in Sundergarh district blocked highways in various parts of the district, including Biju Express and Bhavanipur Chowk, and Ranibagicha Bypass Chowk here in view of the Odisha Bandh protest being observed today.

The central government has gradually increased oil prices at least 25 times over the past 10 months, taking advantage of the fact that no one can openly dissent during the coronavirus epidemic.

According to information from the Sundargarh District Congress, though the party has called for the protest, the public has also been supporting the shutdown peacefully.

Normal life came to a grinding halt in Odisha as Pradesh Congress Committee (PCC) today observed a protest against the hike in fuel prices.