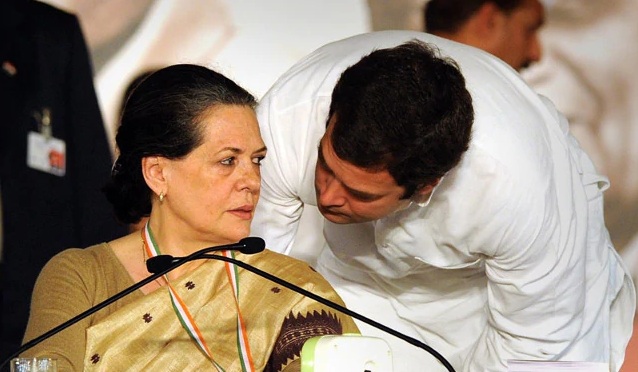 New Delhi: Congress chief Sonia Gandhi will flag off a series of meetings today with senior party leaders to elect the next president.

As per the statements of top spokesperson Randeep Surjewala, “99.9 per cent” leaders are in favour of Rahul Gandhi’s return to the top post.

“Congress party has decided to hold elections to the post of Congress president and preparations are underway. The election will be held as per the electoral college. We certainly feel Rahul Gandhi should lead from the front, final call be his,” said Surjewala at a Congress press conference.

However, a group of rebel leaders – who wrote a letter in August flagging a leadership drift and calling for sweeping organizational changes – will be also putting their concerns before Sonia Gandhi.

Reports state that Congress will choose its next chief in a digital AICC meeting via the electoral college process in January-February 2021.

Congress has been in a leadership dilemma since Rahul Gandhi quit as party chief in the post-Lok Sabha 2019 debacle. This led to a barrage of resignations from posts like Milind Deora, Jyotiraditya Scindia, Priyanka Chaturvedi and many more. Amidst a lot of turmoil with Priyanka Vadra too being considered, Congress finally went back to their safe option- Sonia Gandhi. Most leaders have time and again implored the 50-year-old Rahul Gandhi to take back the reins of the party, but he has not budged. 23 senior leaders sought ‘structural changes’, internal election to the CWC even at state levels, the formation of an Independent Election Authority, and institutional leadership mechanism, full-time leadership at the helm at the party.