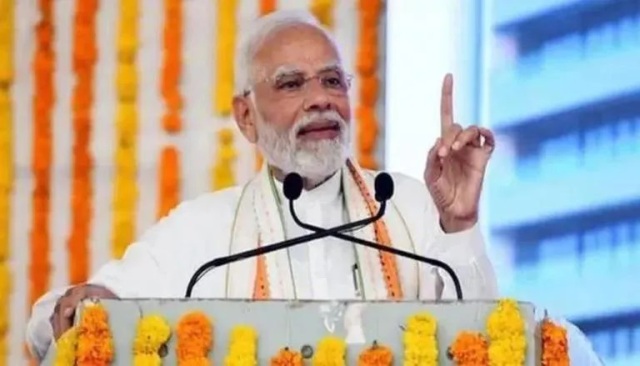 Congress Should Shun ‘Divide And Rule’ Strategy To Win Back People’s Trust: Modi

Ahmedabad: Prime Minister Narendra Modi on Monday again targeted the Congress over the participation of Narmada Bachao Andolan activist Medha Patkar in the Bharat Jodo Yatra led by Rahul Gandhi, and said the opposition party must shun its “divide and rule” strategy to win back the trust of the people of Gujarat.

Addressing a poll rally in Palitana town of Bhavnagar district in support of the Bharatiya Janata Party candidates, Modi said the people of Gujarat have rejected the Congress because the state had suffered a lot due to the party’s policy of inciting people of one region or community against another.

The people of Gujarat are not ready to help those who support “elements wanting to break India”, he said.

PM Modi, during his previous campaign rallies in Gujarat, had also targeted Rahul Gandhi for walking with Medha Patkar during the Bharat Jodo Yatra.

Elections for the 182-member Gujarat Assembly are scheduled on December 1 and 5 and the counting of votes will be taken up on December 8.

On Monday, Modi accused the Congress of trying to disrupt the reach of the Narmada water to the parched region of Saurashtra.

He said the people of Gujarat will never forgive those who were walking with a person who was responsible for stalling the Sardar Sarovar dam project for 40 years.