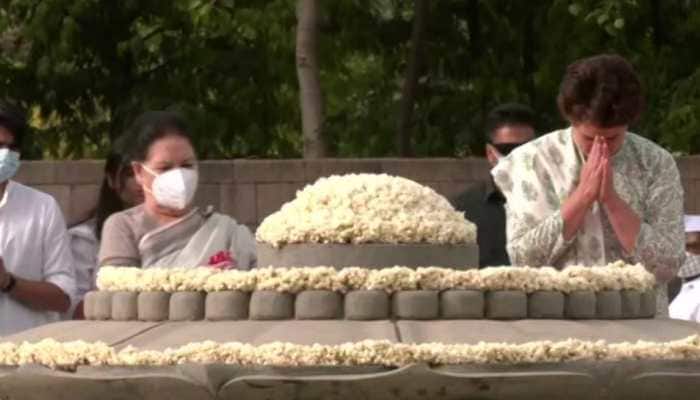 Congress leader Rahul Gandhi on Saturday posted a tribute to his father former prime minister Rajiv Gandhi remembering him as a visionary leader and a wonderful father whom he dearly misses. “My father was a visionary leader whose policies helped shape modern India,” Rahul Gandhi wrote along with a video of Rajiv Gandhi’s speech: ‘India is an old country but a young nation. And like the young everywhere, we are impatient. I am young and I too have a dream. I dream of India strong, independent, self-reliant and in the forefront and the front rank of the nations of the world, in the service of mankind. I am committed to realising that dream through dedication, hard work and the collective determination of our people.”

My father was a visionary leader whose policies helped shape modern India.

He was a compassionate & kind man, and a wonderful father to me and Priyanka, who taught us the value of forgiveness and empathy.

I dearly miss him and fondly remember the time we spent together. pic.twitter.com/jjiLl8BpMs

On May 21, 1991, Rajiv Gandhi was assassinated by a Liberation Tigers of Tamil Eelam (LTTE) suicide bomber during an election rally in Sriperumbudur in Tamil Nadu. Fourteen others, including the suicide bomber Dhanu, were killed.