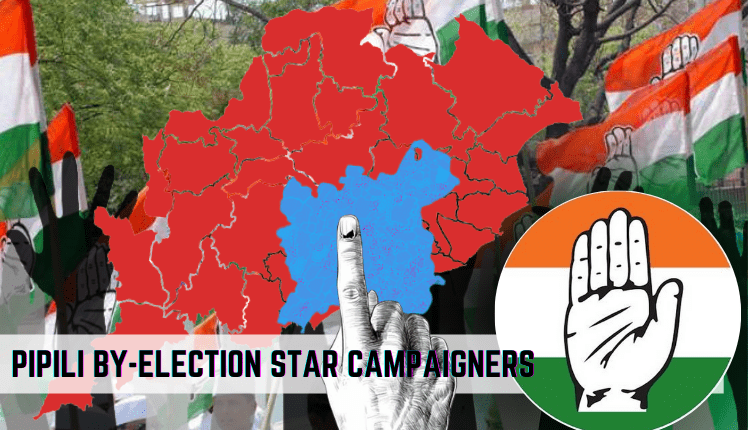 Bhubaneswar: The Indian National Congress today announced the list of Star Campaigners of the party for the ensuing Pipili bypoll.

The following Congress leader will be the campaign for the ensuing by-election to the Pipili Assembly Constituency scheduled to be held on September 30 while the counting of votes will be carried out on October 3. 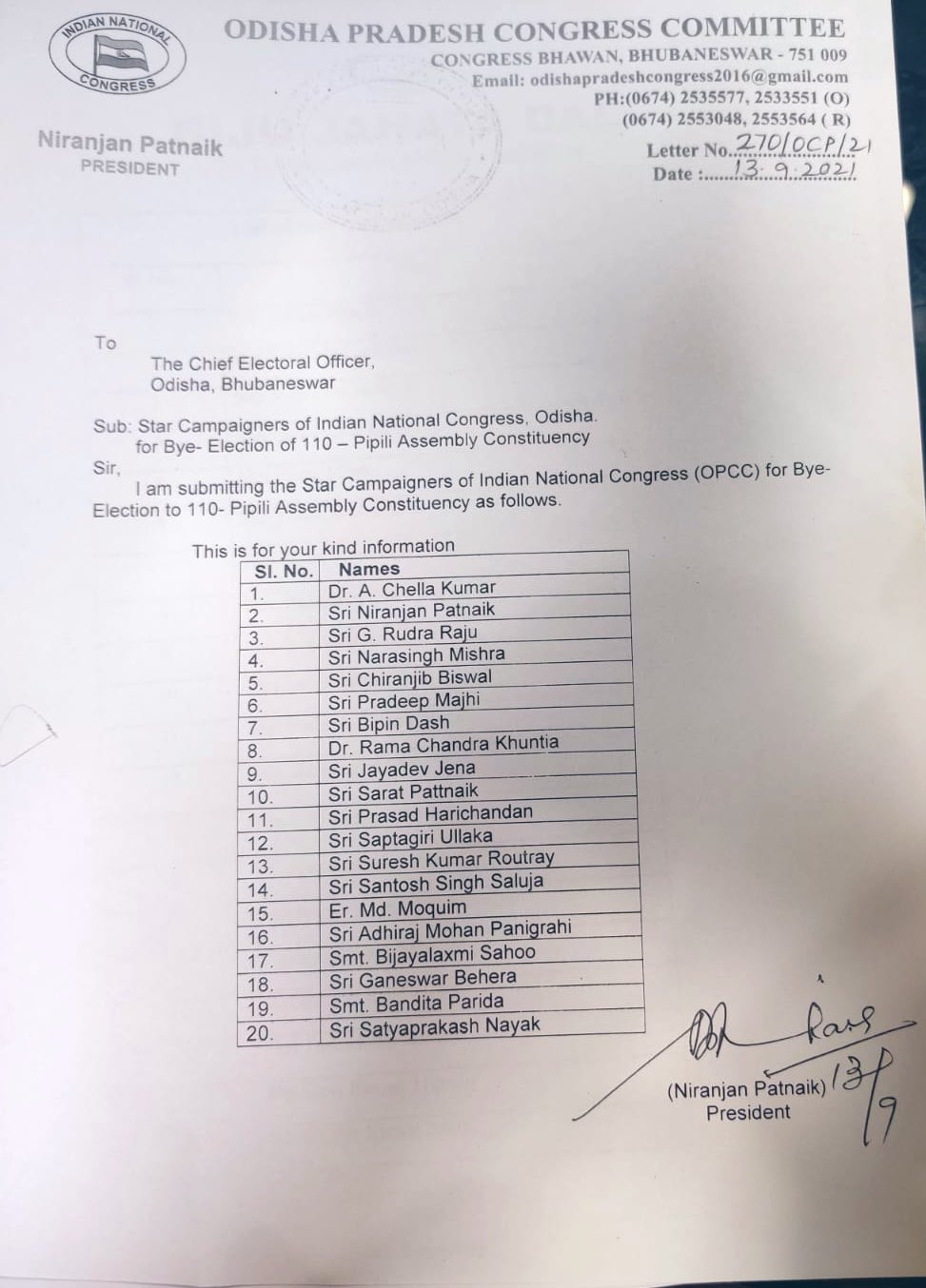