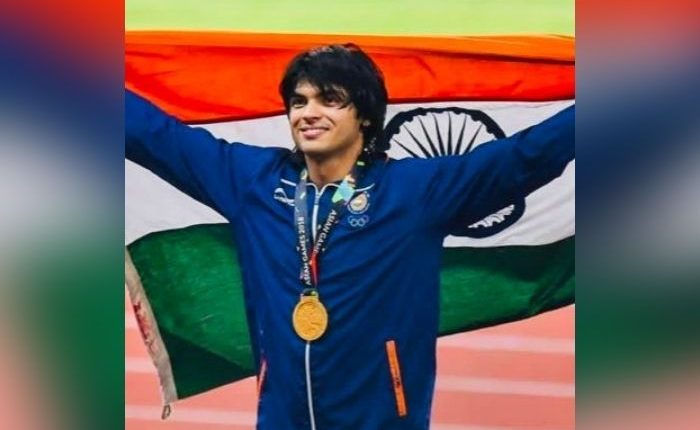 Wishes started to pour in for the ace athlete who had the biggest buzz around him before entering the Games.

The Prime Minister,  Narendra Modi has congratulated Neeraj Chopra for winning the Gold Medal in Javelin Throw at Tokyo Olympics 2020. The Prime Minister also said that he played with remarkable passion and showed unparalleled grit.

“History has been scripted at Tokyo! What @Neeraj_chopra1 has achieved today will be remembered forever. The young Neeraj has done exceptionally well. He played with remarkable passion and showed unparalleled grit. Congratulations to him for winning the Gold. #Tokyo2020”

Anurag Thakur, the Union Minister for Youth Affairs and Sports, lauded Chopra on scripting history at the Games.

A golden throw! Congratulations #NeerajChopra on historic first-ever track & field #Gold medal for India in #Javelin throw at #Tokyo2020. The country is so proud of you. With this, you took India to its highest ever medal tally at the #Olympics. You will inspire generations.

And Gold it is for
@Neeraj_chopra1
.Take a bow, young man ! You have fulfilled a nation’s dream. Thank you!
Also, welcome to the club – a much needed addition! Extremely proud. I am so delighted for you.

The Union Minister of Law and Justice Kiren Rijiju also took to Twitter to congratulate Chopra, and he also said that late Milkha Singh’s wish has finally been fulfilled.

Congratulations to India’s ace Javelin Thrower,
@Neeraj_chopra1
for winning the prestigious Track and Field medal for the first time in the history of Independent India. Gold medal in the Javelin throw event at the #Olympics is unprecedented. Proud of him for creating history!

“The Golden victory of Subedar Neeraj Chopra at the Olympic brings laurels for the Indian Army. He performed like a true soldier at the Olympics. It is indeed a historic and proud moment for the entire country including the Indian Armed Forces! Many congratulations to him,” he said.