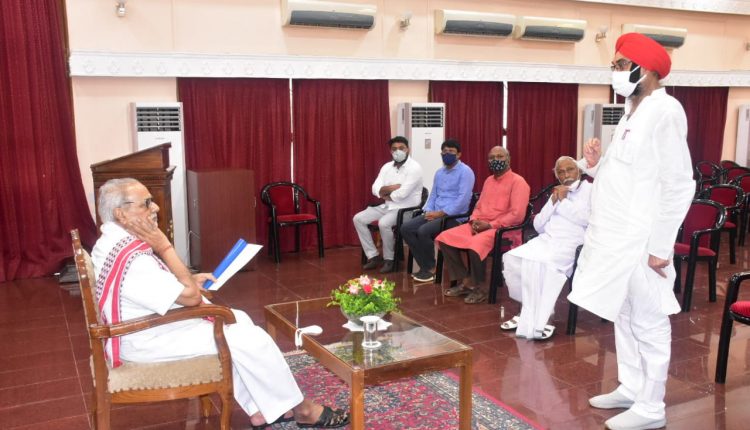 Bhubaneswar: Delegations of both BJP and Congress on Wednesday met Governor, Ganeshi Lal demanding an impartial probe into the murder of lady teacher Mamita Meher.

A delegation of BJP led by party state president Samir Mohanty met the Governor and urged him action as per constitutional norms.

The delegation also demanded the dismissal of minister Dibyashankar Mishra for an impartial probe.

Similarly, another delegation of Congress led by senior leader and MLA Santosh Singh Saluja met the Governor and demanded a CBI inquiry into the murder case.

The Congress delegation also demanded immediate removal of the minister.

Kangaroo Court In Pattamundai: Six Including 2 Sarpanchs Detained For Assault Of Father-Son Duo