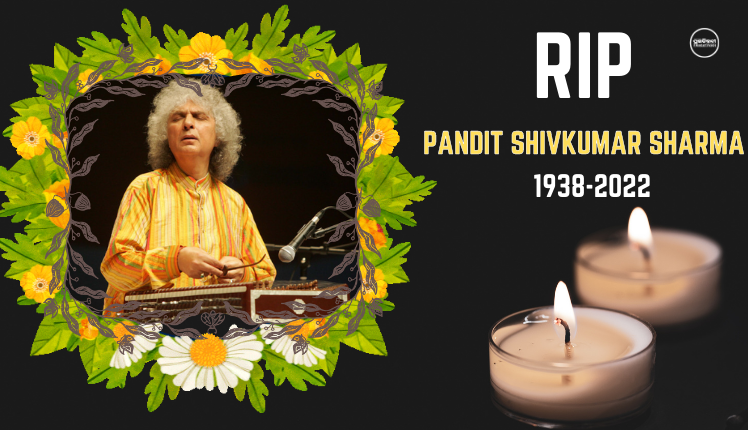 New Delhi: Condolences have poured in for santoor maestro and music composer, Shivkumar Sharma, who died on Tuesday at the age of 84. He died of a heart attack.

The renowned musician, who breathed his last in Mumbai, had been suffering from kidney-related issues for the past six months and was on dialysis.

Paying tribute to the Santoor maestro, Prime Minister Narendra Modi said that our cultural world is poorer without him.

“Our cultural world is poorer with the demise of Pandit Shivkumar Sharma Ji. He popularised the Santoor at a global level. His music will continue to enthral the coming generations. I fondly remember my interactions with him. Condolences to his family and admirers. Om Shanti,” PM Modi tweeted.

Sarod player Ustad Amjad Ali Khan tweeted, “The passing away of Pandit Shiv Kumar Sharmaji marks the end of an era. He was the pioneer of Santoor and his contribution is unparalleled. For me, it’s a personal loss and I will miss him no end. May his soul rest in peace. His music lives on forever! Om Shanti.”

“Deeply saddened to learn about the passing away of Santoor maestro, #PanditShivKumarSharma. He had unparalleled contribution in popularising #Santoor and his passing away has left a huge void in the world of music. My thoughts and prayers for the departed soul. Om Shanti,” tweeted Odisha CM Naveen Patnaik.

Former Jammu and Kashmir Chief Minister Omar Abdullah wrote, “Very sad to hear about the passing of Pandit Shiv Kumar Sharma. A legend in his lifetime, he popularised the santoor like no one before him. A proud son of the soil, he made his mark globally. My condolences to his family. May his soul rest in peace.”