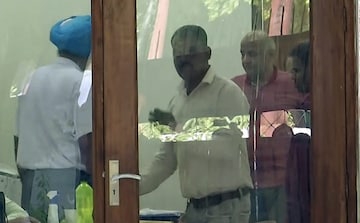 New Delhi: Manish Sisodia, the Deputy Chief Minister of Delhi, has underscored that the good works of the Aam Aadmi Party government will not stop come what may. Speaking to reporters after the 14-hour raid at his home, he denied any wrongdoing and said the BJP is misusing the Central agencies for political purposes.

“But the work of providing good education and health will continue, the Delhi government will not stop,” he said.

The CBI carried out day-long searches at Mr Sisodia’s Delhi home and 31 other locations across seven states over allegations that the liquor policy of the Delhi government is steeped in corruption. Mr Sisodia handles the excise department.