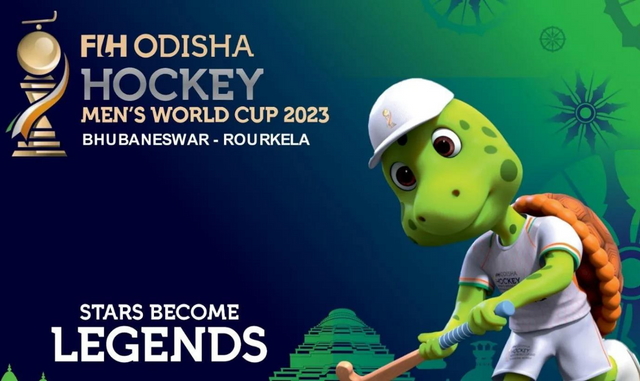 The tournament is set to kick off on 13th January 2023

The prestigious event will see 16 top teams vie for the coveted trophy and matches will be held simultaneously at the iconic Kalinga Hockey Stadium in Bhubaneswar and the newly-built state-of-the-art Birsa Munda International Hockey Stadium in Rourkela.

All hockey Olympians and former International players are encouraged to contact Dr RP Singh, Chairman Hockey India Athletes Commission to request their tickets. RP Singh can be contacted on rpsinghhockey@gmail.com.

Hockey India Secretary General Bholanath Singh said it would be a privilege for Hockey India to invite all Indian hockey stalwarts, Olympians and former International players to witness the FIH Odisha Hockey Men’s World Cup 2023 Bhubaneswar-Rourkela where India will hope to finish on the podium and mark the Azadi Ka Amrit Mahotsav, celebrating 75th year of Indian Independence.

“The presence of former Indian hockey players will certainly boost the morale of the Indian Men’s Hockey Team in the FIH Odisha Hockey Men’s Hockey World Cup Bhubaneswar-Rourkela 2023. Keeping in mind the immense contribution of former hockey stalwarts, Hockey India continues to recognize their efforts and welcome them in Odisha to watch the matches, inspire and cheer all the Teams,” expressed Bholanath Singh.

Tickets can be booked on: https://insider.in/online, for further details contact: help@insider.in