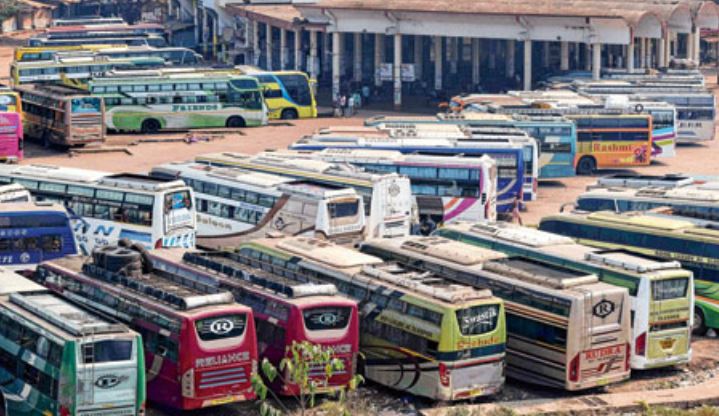 Bhadrak: Vehicular communication came to a grinding halt in Bhadrak district due to strike by the Bhadrak bus syndicate protesting against extortion and misbehavior to staff by miscreants.

Hundreds of passengers were stranded at various points waiting for a vehicle to travel to their respective destinations.

The bus syndicate alleged that miscreants allegedly demanded money from the staff in the middle of the road at various places across the district even as police issued an advisory against the extortion or dada bati.

“We have informed the police several times regarding the matter. But police didn’t act on our allegation which forced us to launch a strike,” a syndicate member said.

Several buses stood off the road in the district disrupting the communication.

Police team led by the city DSP met the syndicate members at the bus stand. They said that a meeting will be held with the district administration under chairmanship of sub-collector to discuss the issues and resolve the matter.

Bus owners alleged that some miscreants waylaid six buses on mid way near Soro on Monday and demanded money from the bus staff. They also misbehaved with the staff as the former expressed inability to pay the amount.