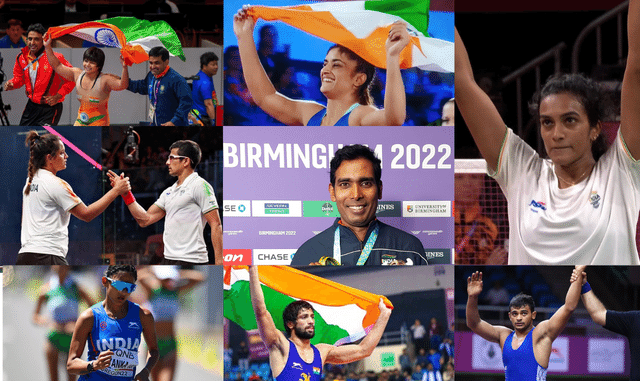 It has been a remarkable final day for the Indian contingent at the Commonwealth Games 2022 in Birmingham. It won four gold medals, one silver and one bronze. With the final day heroics, India finished fourth in the medals tally with 61 medals comprising 22 gold, 16 silver and 23 bronze.

From July 28 to August 8, nearly 200 Indian athletes competed for medals across 16 different sports at the Commonwealth Games 2022 in Birmingham.

At the last edition at Gold Coast 2018, Indian athletes won a total of 66 medals, 26 gold and 20 silver and 20 bronze to finish third overall, behind hosts Australia and England. However, shooting, which contributed 16 of the 66 medals at Gold oast 2018, was cut from the Commonwealth Games program for Birmingham 2022.

In fact, 135 of India’s total tally of 564 medals at the Commonwealth Games have come in shooting – more than any other sport. This includes the 30 medals Indian shooters won during the 2010 New Delhi CWG – where India enjoyed their most successful Commonwealth Games in history, winning a total of 101 medals.

Sudhir won the first medal for India, a gold, in para sports at the CWG 2022. He became the champion in the para powerlifting men’s heavyweight category. 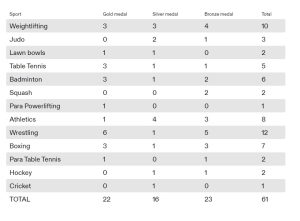 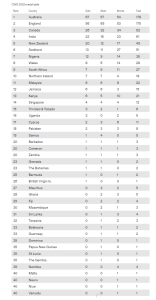